How a Journey to Austria Brought the Schubertiade to Australia

In homage to Austrian chamber music, the newly formed Forelle Ensemble travels through regional NSW and ACT in the spirit of Franz Schubert.
June/July 2021

In homage to Austrian chamber music, the newly formed Forelle Ensemble travels through regional NSW and ACT in the spirit of Franz Schubert.
June/July 2021

The Forelle Ensemble is the ‘offspring’ of a love story between a young Australian violinist and Vienna, the ‘World Capital of Music’. James Armstrong founded a piano quintet after returning from Vienna and the Salzburg, which he was able to visit in 2020 as the winner of the ‘Austria Scholarship’ granted by Sydney Youth Orchestras and Austrian National Tourist Office.

During his time in Vienna James fell in love with Austrian chamber music, especially the music of Franz Schubert. The art of chamber music further flourished/evolved throughout Schubert’s lifetime in the late 1700s and early 1800s, during the late Classical/early Romantic Era in Vienna. To honour Schubert and as a reference to one of the composer’s most famous chamber music pieces ‘Forellenquintett’ (engl. Trout Quintet), along with four fellow students of the Sydney Conservatorium of Music, James was inspired to form the ‘Forelle Ensemble’. Members of the ensemble include James Armstrong (violin), Aisha Goodman (viola), Angela Shin (cello), Lilly Bennett (double bass) and Estelle Shircore Barker (piano).

During his lifetime Schubert’s Lieder (songs) were mainly heard by a small group of dedicated friends, who would come together at intimate musical soirees, that became all the rage in 19th century Vienna as so called "Schubertiaden”. The first documented Schubertiade took place exactly 200 years ago, in 1821. Today, the term Schubertiade still refers to intimate concerts but also to festivals around the world, whether in alpine scenery or urban settings. The most well-known and experience-worthy is the Schubertiade Festival in Austria's Alpine province Vorarlberg. With around 80 events and 35,000 visitors annually, the Schubertiade Festival in Hohenems and Schwarzenberg is the biggest Schubert Festival in the world.

Find more about the Schubertiade in Vorarlberg, Austria HERE.

To celebrate the 200th anniversary of the first Schubertiade, the Forelle Ensemble will travel through regional NSW and ACT performing 9 concerts in the spirit of Schubert and will take listeners on a musical journey to Austria in Bowral, Canberra, Albury, Young and the Hunter Valley.

“It’s a wonderful opportunity for us to be able to play this beautiful repertoire of Schubert’s music. We can reimagine it in the sense that we are performing music which was composed in the Austrian countryside and we are bringing it to the countryside here in NSW and ACT.”, says James Armstrong. “The works on the program are very colourful, each in their own way, to the extent that I imagine each piece as a postcard of Austria. The music intimately reflects the landscape and lifestyle - from the elegant and lavish decor of Viennese salons to the striking snow-capped Alps and lush green fields of the countryside. Schubert’s music illustrates these settings so sublimely.”

“James Armstrong stole the hearts of the Viennese with both his incredible talent as a young violinist but also with his curiosity and interest in Austrian classical music and culture during his time in Vienna early last year” says Astrid Gruchmann-Licht, Director of the Austrian National Tourist Office in Sydney. “This year we were delighted to find out that James wanted to share his passion for Schubert - and for Austria - with Australian audiences in regional NSW and we partnered with the Forelle Ensemble to bring this project to life. I view it as a true collaboration and love the idea of an Australian Schubertiade”.

* Public events: tickets and more information are available on Eventbrite (E) or via the venue website

“I am in the world only for the purpose of composing.” – Franz Schubert

Born in Vienna in 1797, Franz Schubert was the only real hometown boy in the city of music when it comes to great composers. Haydn, Beethoven and Brahms all called Vienna their home but in fact no one was born there. If you had asked passers-by in the narrow alleys of Vienna in the mid-19th century about the importance of Franz Schubert, many of them would probably have replied with a fair-minded frown, ‘Franz who?’ Today, this son of Vienna is world-renowned and his ‘Kunstlieder’ is its own genre in the classical music world. With more than 600 Lieder to his name, the Prince of Song proved to be by far the most creative composer in music history when it comes to beautiful melodies. He turned poems into music, such as Goethe’s „Der Erlkönig” (Erl-King) and „Gretchen am Spinnrade” (Gretchen at the Spinning Wheel).

Read more about Franz Schubert and his life in Vienna HERE.

For further 300dpi images you can visit our image database: views.austria.info or contact: 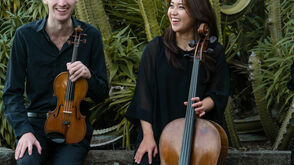 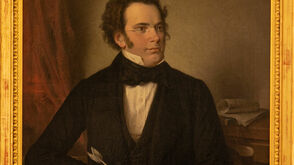 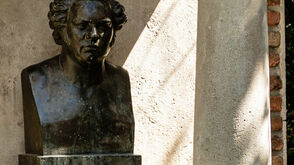 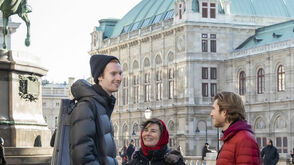