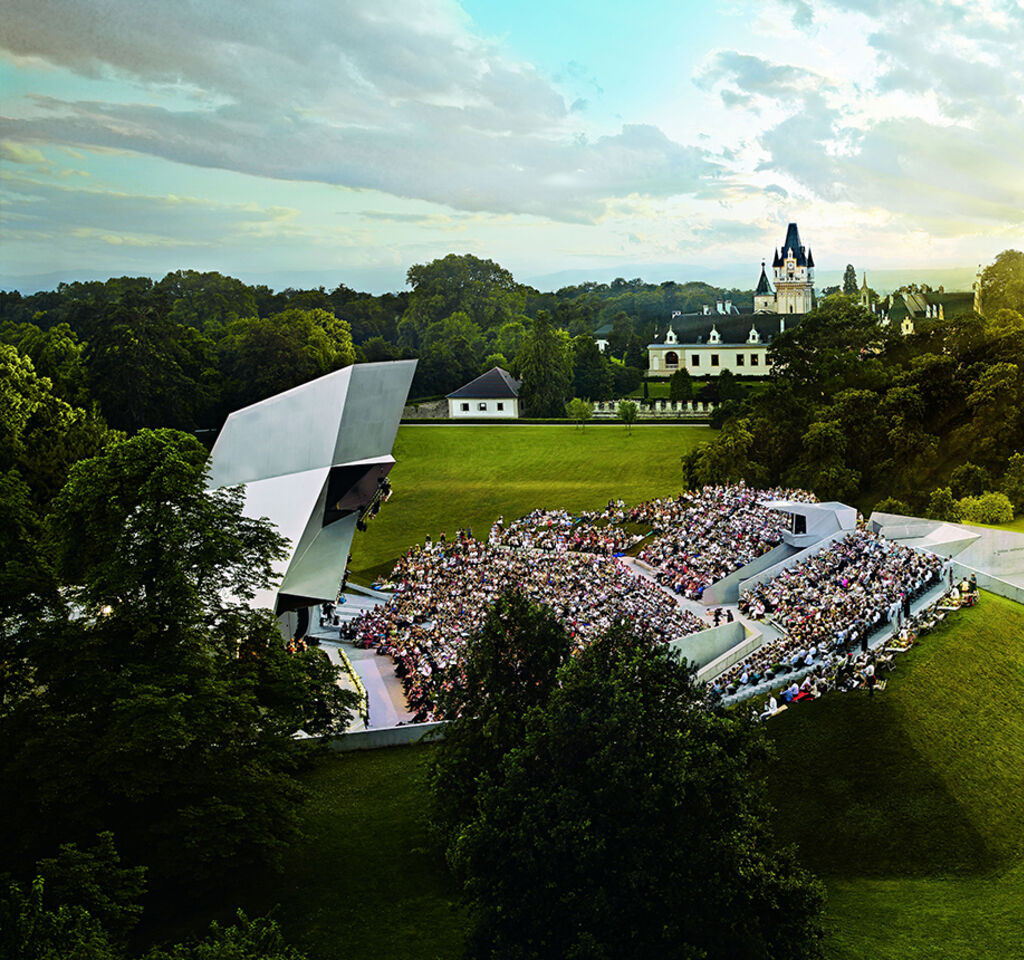 Floating Stages, Imperial Palaces and Alpine Villages: Where to Experience Classical Music in Austria at its Best

Austria’s cultural offerings include over 200 festivals: from world scale events to small regional gatherings. Many of them make use of Austria’s beautiful surroundings and offer outstanding culinary delights to accompany the cultural experience. Here are some of the highlights.

Mention Salzburg to a fan of classical music and they will immediately think of the Salzburg Festival. Every year, one of the world’s most prestigious arts festivals invites elite musicians, conductors, singers, and actors to enthral visitors from dozens of countries. Anna Netrebko and Ricardo Muti are just two A-listers from a star-studded program in 2019. The success of the Salzburg Festival is based on three pillars: firstly, its broad artistic spectrum with a unique constellation of opera, theatre and concerts; then, the possibility of combining the Salzburg Festival with a holiday spent in the city and the surrounding region, with its wonderful lakes and mountains. Finally, there is the extraordinary atmosphere that can only be conjured up by a festival hosted in a UNESCO World Heritage-listed city such as Salzburg.

2020 is going to be special – the world-famous festival celebrates its 100th birthday. On August 22, 1920, the call for “Jedermann” first echoed out on Cathedral Square, marking the official birth of the Salzburg Festival. Just one year later and the festival program comprised, not only “Jedermann” but also a series of orchestral and chamber concerts, a serenade, a concert in the cathedral with works by Wolfgang Amadeus Mozart, as well as an evening of ballet. Nowadays the festival program covers 199 performances at 16 venues in 43 days.

Erl’s stunning Alpine Music Festival is proof that great music does not only happen in big cities. The festival brings world-class performances and international music lovers to Erl, a village of just 1,600 people in the Tirolean mountains. It was founded under the artistic leadership of Gustav Kuhn who hails from nearby Salzburg. The celebrated and occasionally rebellious conductor performed at concert halls and opera houses around the globe himself. In Erl he found an opportunity to fulfil his lifelong dream of staging a music and opera festival that inspires and supports young musicians, and that keeps the passion and love for music alive.

But the Tyrol Festival Erl is not the only the only highlight in the village’s event calendar. In 1613, when Tirol was still under Habsburg rule, the people of Erl began an important tradition: every few years they would perform the passion of Christ in an original play. The whole village would come together as actors, singers, musicians, playwrights, and directors. This custom survives until today, and the Erl Passion Plays have become the oldest Passion Plays in the German speaking world.

The Bregenz Festival is different from what you might be used to. In 1946, one year after the end of the Second World War, the first Bregenz Festival was held despite even having a theatre in the city. The inaugural performance was staged upon two barges moored on Lake Constance – one carrying the stage structures for Mozart’s early work Bastien et Bastienne, the other the orchestra. The Festival orchestra from the outset was the Vienna Symphony Orchestra, which has made a major contribution to the evolution and success of the Festival. Today, every year from mid July to mid August audiences can experience monumental opera performances, theatre and orchestra concerts. Almost 75 years later an open-air lakeside stage is still home to some of the most spectacular productions.

For more than 20 years the Innsbruck Promenade Concerts have been a highlight in the city’s event calendar. Every Summer, in front of the beautiful backdrop of the Imperial Palace, international stars of classical modern music enchant guests of all musical taste – from waltzes and marches to jaunty tunes. The standard repertoire includes international military, police and civilian orchestras, as well as brass ensembles, brass bands and a big band. The balmy summer nights, sophisticated visuals and great surprises by artistic director Alois Schöpf successfully round off the unforgettable atmosphere at the Promenade Concerts.

The interaction of culinary delights, the historic castle, landscaped gardens, modern architecture and a world-class range of concerts make the Grafenegg Music Festival a delight for all the senses. Nestled in the beautiful gardens of the Grafenegg Castle - one of the largest castles in Austria, whose origins date back to the late Gothic and Renaissance periods – two award-winning venues have emerged in recent years. The Wolkentower (Cloud Tower) rises up a good 15 metres to the height of the treetops and allows unexpected views from a range of standpoints. From the terraces, with seating for over 1,700 spectators, as well as from the surrounding hills that provide lawn seating for over 400 people. In case of bad weather, concerts at the Wolkenturm are moved to the Auditorium which stands for the link between the traditional and the modern in Grafenegg.

For further 300dpi images you can visit our image database: views.austria.info or contact: 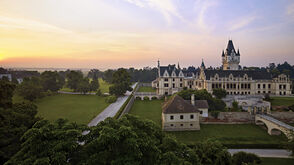 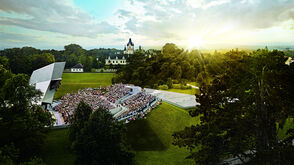 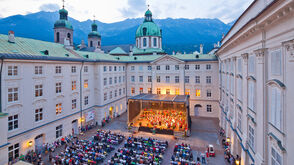 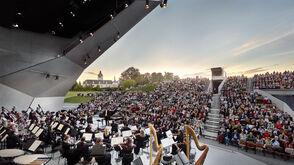 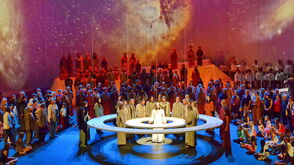 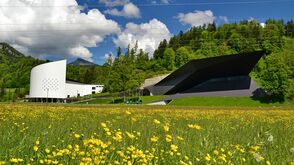 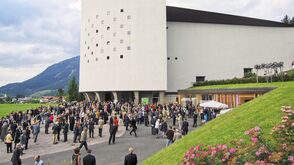 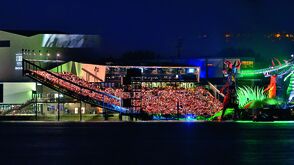 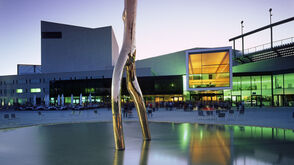 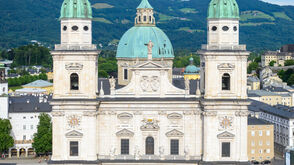 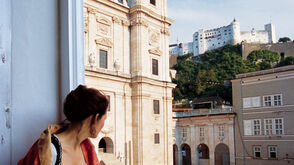 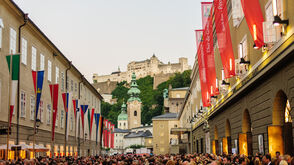